Profile of a Legend - The Queen of Mean - Leona Helmsley

PROFILE OF A LEGEND – THE QUEEN OF MEAN – LEONA HELMSLEY

Leona Helmsley was a fierce business woman who would earn the nickname “The Queen of Mean” for “tyrannizing her employees.” According to Alan Dershowitz, Helmsley’s famed defense attorney, when he was brought a cup of tea during breakfast at one of her hotels, Helmsley grabbed the cup and smashed it to the floor because a drop of water had spilled on the saucer. She then demanded that the waiter get on his hands and knees and beg for his job. Despite a less than pleasant reputation, and time in prison for income tax evasion (it’s been said she would say: “We don’t pay taxes. Only the little people pay taxes.”) Helmsley was an excellent hotelier, assembled a real estate empire, and was as tough as they came in the largely male dominated industry at the time. Her toughness and prowess would earn her an estimated net worth of $4B by the time she died in 2007. Who inherited the majority of her estate? Specific instructions were made to benefit her dog with the majority being left in a trust to be used to benefit other dogs.

Helmsley (Lena Mindy Rosenthal) was born in 1920 in Marbletown, NY to Polish immigrant parents and moved to Brooklyn soon after. Her family would move six more times before finally settling in Manhattan. Leona would change her name several times before landing on Leona Mindy Roberts and dropping out of high-school to seek her fortune.

While a relationship with her future (third) husband, Harry Helmsley, would provide her with capital, Leona had already proved herself as a talented real estate salesperson and is believed to have been a millionaire by the time they met in 1968. Together with Harry, Leona would begin a program of converting his apartment buildings to condominiums and the two would assemble a portfolio of assets including 230 Park Avenue and the Empire State Building. By 1989, she would directly control 23 hotels.

The Helmsleys were well know for disputes with contractors and vendors despite their $Billion fortune. One of those disputes would lead to evidence of tax evasion for which Leona would serve 19 months in prison following the high-profile trial. Following prison, Leona would mostly lead a life of isolation and was stripped of her hotels since most of them had a bar in them requiring a liquor license and she was now a convict. When her husband died, he left the entire estate to her. Little was seen of her leading up to her death in 2007.

Despite the nickname the Queen of Mean, Leona Helmsley was very charitable. After 9/11 she donated $5MM to help the families of firefighters. She would also donate $25MM to the New York-Presbyterian Hospital.

The WWF wrestler HHH (“Triple H”) took part of his name from her. Hunter-Hearst-Helmsley was the basis of his stage name as he decided his name would incorporate three famous wealthy people.

I’m a very firm believer that a liar is a cheat and a thief and a crook. I don’t like liars. I never lie. I always told my own child, 'If you murder somebody, tell me. I’ll help you hide the body. But don’t you lie to me.'

I’ve always wanted to be the biggest real estate man to come down the pike. 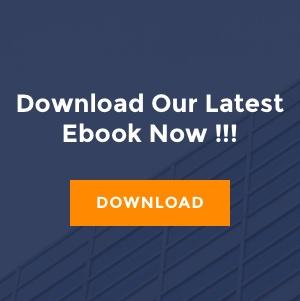